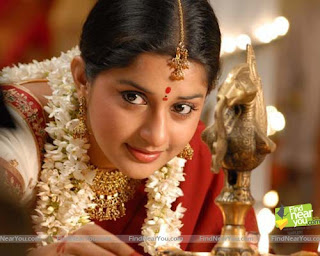 
Director Saji Surendran who has stolen the limelight with his last outing, Happy Husbands which was both commercially and critically acclaimed by the media has kick started his next venture Four Friends with Lead actors Jayaram, Jayasurya and Kunchacko Boban alongside the beautiful Meera Jasmine. As the title suggests the film will be about four friends.Four Friends will be shot in various locations both at India and abroad. The script is written by Krishna Poojappura and production is taken care of by Tomichan Mulakupadam under the banner of Mulakupadam Films. With Four Friends shooting schedule on full swing we can expect the Film to hit the screens soon.In the interim Meera Jasmine who is part of this film seems to be having her kitty full with her Tamil films Adhi Narayanaand Malaiyoor Mambattiyaan are in their post-production stage and her other Tamil film Pen Singam still having average fare in theatres also Meera Jasmine is working on the Malayalam film, Pattinte Palazhy.This actress doesn’t seem to leave her personal life far behind. The recent news doing the rounds that Meera Jasmine had a break up with Mandolin Rajesh seems to be a well carved rumor as one found Meera cuddling with Mandolin Rajesh.Mandolin Rajesh brushed aside the rumors by being a surprise guest of Meera's birthday party on the on the sets of her Malayalam film Pattinte Palazhi in Mysore. Meera jasmine was beguiled by this surprise visit and took a bite of the cake offered by him with her charming smile in her new incarnation sporting a slim look. Post birthday celebrations the actress broke the icing on the cake that Rajesh and her share a great relation calling the split as a media hype. The actress feels Rajesh is the perfect person for her and feels He is already an inherent part of her life. Meera also told that Marriage was on the cards soon and if things go as planned they will get married according to the Hindu customs. The beautiful actress feels that her spiritual trips to holy place like Mookambika, Shirdi and Raghavendra Swami temple in Mantralaya built a strong bridge between her and Rajesh which Meera believes is god's wish or destiny. On a cynical note - We have to wait and watch whether the birthday party was arranged to make the rumor a myth and create a perfect pedestal for the pair's marriage or just another media hype?
Posted by giridhar at 12:29 AM