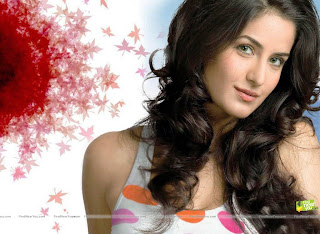 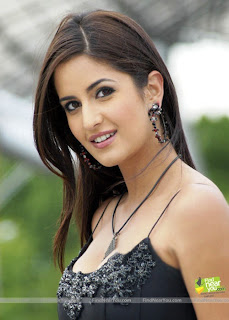 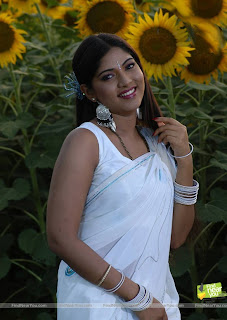 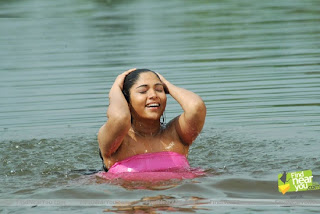 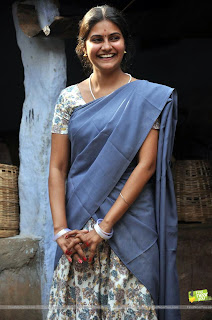 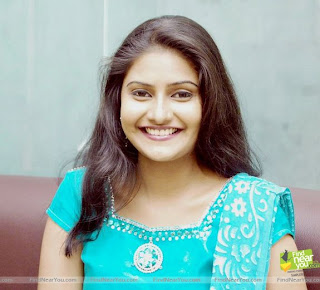 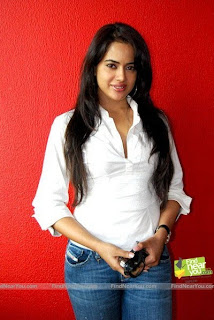 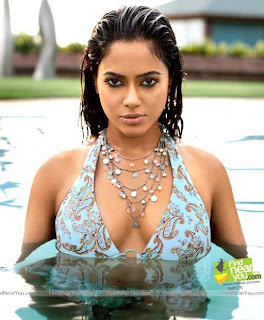 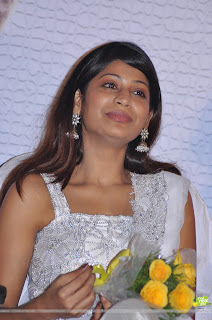 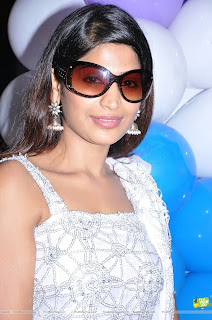 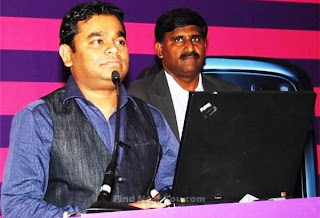 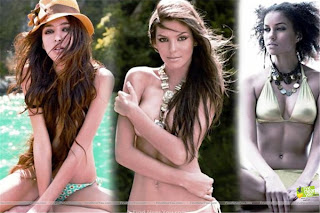 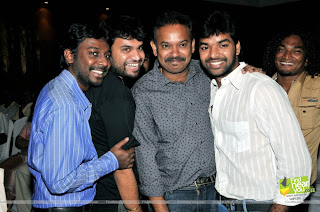 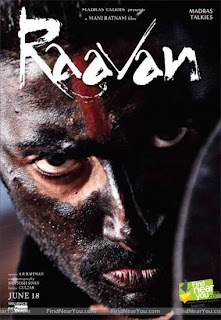 Karunas Dons Many Hats For His Second Film As Hero 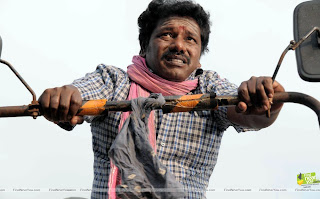 Karunas Dons Many Hats For His Second Film As Hero::

Comedy actor Karunaas is again trying his hand at playing the lead role
but this time he has taken the role of a producer too for his movie
titled ‘Ambasamudaram Ambani’. Another interesting fact is that Karunaas
has scored the music for this film too for which we hope he takes some lessons
from his wife who is a singer.

The film had a glamorous audio launch with the well known faces
of the film industry like Rama Narayan, Hansraj Saxena, Shankar,
KV Anand, Bhagyaraj, Vairamuthu, Kalaipuli Sekar, Swaminathan, Shanthnoo,
Jithan Ramesh, dancer Sridhar and many more coming to witness it
The Film has an interesting plot of a common man trying to become like
Ambani for which he travels to Chennai but he faces some obstacles
which might make him forget his dream

Whether or not the hero achieves his dream forms the
reminder of the story. Even though his last film ‘Dindukal Saarathy’
was not a runaway hit produced at the cost of Rs 2.5Crores and collected
a big profit of Rs 14Crs.So this time around if ‘Ambasamudaram Ambani’
becomes a hit Karunas will become a real life Ambani irrespective of whether or
not he does it in the reel life
Posted by giridhar at 4:45 AM No comments: 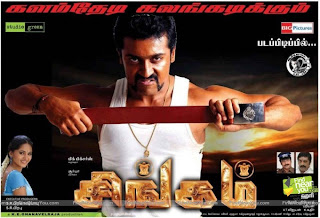 
The 'S' (sun pictures& sony music) Factor For Singam :
The word 'S' seems to be going along very well with Singam movie with two 'S' already associated with it (Singam,Surya) there seems to be some add-ons too.

The latest to make the buzz with the 'S' is the big 'S' Sun pictures which have acquired the rights over this Surya movie. The other 'S' to join the bandwagon is Sony Music who will be marketing the film’s musical album.Hansraj Saxena, CEO of Sun Pictures is pleased for its collaboration with a renowned music label.

Singam features the handsome Surya in a different look as a cop and along with Surya shaking her legs for the dance routines and romance factor will be Anushka. Prakash Raj one of the renowned actors of the film industry for the first time will be seen along with Surya. Vivek provides the comic relief and the peppy numbers are tuned in by Devi Sri Prasad with Surya's uncle K.E. Gnyanavel Raja producing the film under his banner Studio Green Films another 'S'. The film is on its hunt for the final 'S' which is 'Success'.
Posted by giridhar at 4:26 AM No comments:

The Golden Jubilee film of Ilayathalapathy Vijay Sura marketed by Sun Pictures which has Tamannah cast opposite him has been scheduled to hit the screens on April 30. Sura is the most expected film of this summer as it is the hero's 50th film.The film is directed by S. P. Rajakumar and produced by Sangili Murugan.Vijay fans were treated with a great deal of foot tapping music composed by Mani Sharma and had a blast at the audio release on March 29th. Vijay fans are just counting their days to witness their star on the silver screen and have a bigger blast.
Posted by giridhar at 3:44 AM No comments:


The press meet for Ameer's next film happened at chennai today
The film has been titled Aadhi Bhagavan with Jayam Ravi playing
the lead role. the shooting of this film has begun in march.
Aadhi Bhagavan film comes with a tag line Kanmoodithanamana Kadhal
which means irrational love.

Jayam Ravi and Ameer actuaaly had planned to work together
for Kannabiran but the project has been shelved for the time being
reported the Director.Ameer also stated that it is the first time
that he has fetched a script for an hero whilst his other films the script
fetched him a hero.


The music is composed by Yuvan Shankar Raja.Cinematography by Gurudev
and produced by J Anbazhagan who is a former MLA belonging to the DMK
Party.Speaking about the producer, Ameer said that he was searching
for a producer who would agree to his budget and J Anbazhagan was apt for it.
Posted by giridhar at 3:03 AM No comments: 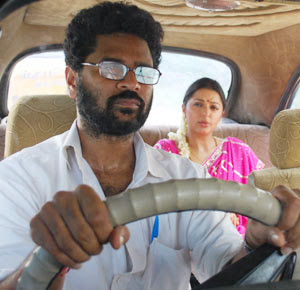 This offbeat film is getting great complements before its releasefrom the lead artists involved in this project. It seems Prabhu Deva and Bhoomika are trying to match each other in each frame with their acting prowess which in turn makes the scenes look splendid.

Prabhu Deva once in a jovial mood said that he would become wild if Bhoomika received
an award for ‘Kalavadiya Pozhudugal’. Even thought it was a comment for fun it also
made one think of the amount of dedication and hard work put in to this film by
the great dancer.

Not to be left far behind another veteran artist Prakash Raj says he is very much
impressed by the script and said it will be a challenge for him to mould himself into
The role for ‘Kalavadiya Pozhudugal’ developed by director Thangar Bachan.

Director Thangar Bachan the creator says. “The story is so original and anyone can
relate to it. After ‘Azhagi’, ‘Kalavadiya Pozhudugal’ will be remembered for a
long time in Tamil cinema.
Posted by giridhar at 11:30 PM No comments: 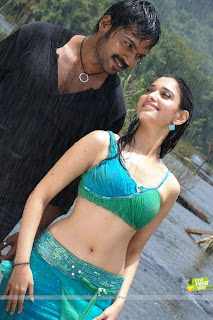 Director Lingusamy traverses on an all new road show in Paiyaa in his home production Tirupathi Brothers and has acquitted himself fairly well.

Although romance seems to be the axle in Paiyaa, Lingusamy has skewed away mildly from this and spiced it up with a travel (escape) event as a backdrop.

The film opens up with an ingenious manner of credits flipping on the road and dividers, lucidly indicating the genre of the film. A creative brainwave indeed!

Karthi (Shiva), an engineering graduate with an attitude, is on the look out for a job. He does not seem to be much serious in seeking employment while his friends try their best to settle him. He spots Tamannah (Charu) in a bus stop and it is love at first sight. He finds her on a couple of occasions later

and in fact misses an interview in her pursuit. Destiny seems to have something good waiting for him and he gets to spend the most beautiful phase of his life, giving her a ride in the car while waiting to pick the owner of the car at the railway station. Life takes an exciting turn from this point for Karthi who accepts to drop her in Mumbai and thus begins Paiyaa’s journey of romance, action and emotions on a highway with a few turns, some with caution and some without.

Paiyaa zooms forward in the first half where Karthi is at driver’s seat physically and metaphorically. An enjoyable performance from the young actor who appears to relish his role! For the first time in his career, he gets to cover himself with stylish costumes. He sparkles with haughty countenance, sideway glances, mischievous looks, ‘know it all’ attitude and an understated curiosity to know about Tamannah.

He reiterates that he can essay any kind of role with aplomb. But there are still some vestiges of a villager in him which he needs to divest when necessary. Tamannah is fresh, youthful and emotes well too. Jagan has a small role in the second half. Karthi’s friends are adept in their performance. Except for looking hot and handsome, the much talked about Milind Soman is wasted and any one could have performed his role.

Yuvan Shankar Raja is the major backbone of Paiyaa with lovely tracks suiting the mood of the film. Tamannah looks as fresh as the raindrops in thuli thuli mazhayai number. Suthude suthude boomi speaks of art director Rajeevan’s work but he could have taken extra care especially about the

stationery cloud hovering around the moon. The songs are all chartbusters and have all been picturized very aesthetically. Priya Manikandan’s costumes are in sync with the nature of characters and the mood of the film. Brinda Sarathy’s dialogues evoke laughter at the right places.

The second half slackens with some of the actions sequences appear contrived especially in the climax. How can someone even lift his head when beaten by a powerful metal rod? It is difficult to comprehend despite attributing it to cinematic liberties. The climax fights intend to be more for showcasing Karthi’s heroism than for the story warranting it. And why is Karthi shown as someone who does not speak English despite being a city bred engineer with urban friends for company?

Director Lingusamy has stuck to the genre that he has chosen for most part. He has recorded romance in a beautiful manner especially when Karthi communicates his feelings to his friends seeking advice and his dignified attitude towards Tamannah. The car chasing sequence in the open field is absolutely brilliant and so is Karthi going reverse in the opposite direction. Cinematographer Madhie needs plaudits here.

All in all, a stylish, light hearted family entertainer for the summer!

Verdict: Pacy road show with a few humps on a straight run.
Posted by giridhar at 3:09 AM No comments: