Surya on the right track to become hot property in bollywood 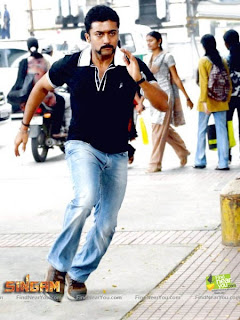 Surya on the right track to become hot property in bollywood :

A famous actress in bollywood can’t stop raving about the Tamil actor Surya
‘He’s hot and cute. Has the macho looks’ says the actress who is none other than happening actress Gunal Pag, who won the title of Miss India 1999. The actress has gone the extra mile too by tweeting that she would love to have dinner with Surya and Ram Gopal Varma.

It seems the bollywood beauty had seen the trailer of ‘Raktha Charithra’ and she could not stop admiring Surya who she believes will become hot property of bollywood and the gals in bollywood cannot take their eyes of him.

So from what we see the actor is going to have fans over there even before he enters the bollywood race.
Posted by giridhar at 11:53 PM