Ajith Kumar Races Back To Europe For Formula 2 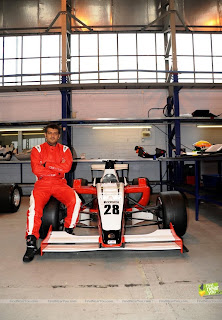 Ajith Kumar Races Back To Europe For Formula 2:

Ultimate Star Ajith Kumar's visit to Chennai was kept under wraps in order to avoid the starry glare so that he could spend quality time with his beautiful family and friends.The media persons could not find any clue of the star's whereabouts whilst he was in town.

All his fans are eagerly awaiting any kind of information or promotion for his 50th film, Ajith hasn't done anything regarding it and news is that he has crossed the sea once more to continue racing tournament of Formula 2 in Europe.

As all of us know Gowtham Menon is directing Ajith's 50th film with Cloud Nine Productions Dayanidhi Azhagiri donning the producer's hat signing them in Ajith is bound to kick-start this film which is for the time being under wraps.